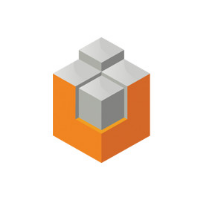 In this section, we will run through the most common types of DNS records, that you may encounter when editing your DNS records.

This is a type of record that defines the name servers that are used by the zone. This tells you what company/system has the records for a domain and is being used. This is extremely important, as there are multiple places you could change a DNS record so you need to know which zone to edit.

A records are for IPv4 addresses. It is used to point a hostname or domain name to an IP address. There should only be 1 A record per domain for customers using our web hosting services. Other providers like Squarespace or Cloudflare, for example, will sometimes use up to 4 different A records (IP addresses) for the hostname. In this instance, we can update that for the customer. It is also worth noting that subdomains can point to different IP addresses, so, example.com and test.example.com can point to different IP addresses if you specify different A records.

These are similar to A records and work in exactly the same way, however, AAAA records are for IPv6 addresses (not IPv4).

"Pointer records". Essentially the reverse of an A record, it points an IP address, to a hostname. It is also referred to as rDNS or reverse DNS.

Defines an alias for a hostname that is defined by an IP address. The most common records are ‘www’ and ‘mail’. These will generally override an A record that has the same name, so be careful.

"Text Record" - Type of resource record used in DNS to associate arbitrary text with a hostname.

"Mail Exchange" - Used to define the mail exchange server(s) used for the domain. This tells mail where to go when sent to an address on the domain.

A Start of Authority record (abbreviated as SOA record) is a type of resource record in the Domain Name System (DNS) containing administrative information about the zone, especially regarding zone transfers

Chat If you still need help, click here to chat with us live.